Mountain life on Little House on the Prairie

The New Yorker might be the best magazine in the country, but it also requires devotion. Many people bemoan how their New Yorkers begin to stack up in a corner, unread, like the unopened bills of a person struggling with debt who's too afraid to look at the mail. I usually read each new issue the week it arrives, but there are times when a small pile forms on a bedside table, requiring me to work through them in a single night. Over the weekend I finally got to the August 10 issue. One of the more fascinating articles is a look at the career of Laura Ingalls Wilder, whose literary career is well-known, even if the face people picture when hearing her name is that of Melissa Gilbert. 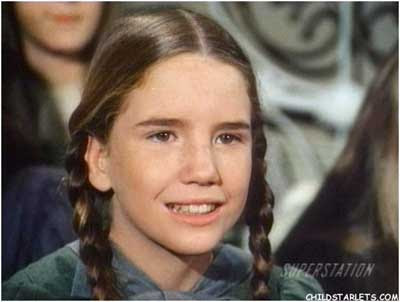 She's the author of the Little House stories, the books that eventually were adapted into a 70s TV show and a staple of '80s reruns. Wilder published her first book at the age of 65. Charles and Caroline were her parents, just like on the show. She had sisters named Mary, Carrie and Grace. She married a man named Almanzo. What I didn't realize until reading the New Yorker story is that Wilder's daughter, Rose, is thought by some scholars to be the true artist behind the works. A writer herself, Rose contributed her skills to the series, though there's debate about exactly how much she added. The story's worth a read.

But as famous as the books are, it's the TV show that fascinated me as a kid, for a couple of reasons. First, they had good stories. Also, they were set in southern Minnesota, where I lived. Hey, the Ingalls clan is traveling to Mankato in a covered wagon to get some supplies. We live 15 miles from there! Sleepy Eye, Walnut Grove, all familiar towns.

Not that everything made sense on the show.

For instance, in a famous episode, Laura runs away from home because she blames herself for the death of her baby brother. It's an emotional episode. Heartwarming. Ernest Borgnine plays an old mountain man - possibly homeless, definitely disheveled - who helps Laura find her way through the darkness. Oh, yeah, and he's God. Or simply an angel sent down to Earth, following in the footsteps of Clarence from It's a Wonderful Life. But that's not even the biggest stretch on the episode. Laura runs away...to the mountains! In southern Minnesota. Minnesota's famous for many things, foremost among them its lakes. There's great fishing, perfect farmland. Some hills, woods, forests, plains. Prairies, if you will. But no mountains. Having Laura scale a mountain in southern Minnesota makes as much sense as having a character on Gossip Girl run away to a mountain in Midtown Manhattan.

At the end of the episode, she breathlessly tells Pa about the man who helped her, Jonathan. Except Jonathan's now disappeared. We can only assume he's ascended back up to heaven for a bath and shave. Or perhaps he's running away from the law, finally aware that he wasn't supposed to be within 100 yards of children.

Still, during the final minutes, when Charles finds Laura - with the help of the bearded and ever-present Mr. Edwards - I feel a lump in my throat.

By the way, here's the real Charles Ingalls.

I'm sure it was a tough call, but producers made the right choice by not having Michael Landon look like the real Charles, who had a John-Brown-after-the-slave-revolt look that wouldn't have translated to television.

Charles - on the show - is one of my favorite characters ever on TV. Combining Ali-like fighting skills, the bravery of William Wallace and the moral sense of Ghandi with the parenting skills of Dr. Spock, he was a superman disguised as an everyman.

Even in this episode, Charles cared for his opponent following the fight, an aging boxer taken advantage of by his sleazy promoter.

The guy battled bullies, such as the new male teacher in town who enjoyed slapping kids with a ruler. Charles ended that practice. The guy even confronted Frank and Jesse James, in one of the coolest if ridiculous episodes. The James boys take over a house and hold Mary hostage. The ludicrousness comes from the fact one of the characters on the show is a kid named Ford who, you guessed it, just happens to be the guy who shoots Jesse James years later. At least they didn't hide out in the mountains.

Nels Oleson was an enigma. A caring, sensitive man who doubled as a valued town leader, the lean, angular merchant has to be docked for marrying the conniving, gossiping Harriet, a nightmare of a woman. During their courting days Harriet must have displayed similar signs, yet Nels forged ahead with the wedding. Together they produced Nellie and Willie, one of the more evil girls anyone's ever seen and a bratty, unattractive, undersized boy who struggled with school and basic logic, as if Harriet dropped him on his head on the mercantile's floor. To top it off, they adopted a little girl named Nancy, a blond brat who filled the evil girl role after Nellie grew up and matured into a nice woman. It seemed to prove that it was nurture, not nature, that screwed up the Oleson children, leading me to believe Nels spent too much time in the store and not enough time with the kids.
Nellie. What a perfect character. Whether taunting a stuttering girl or faking paralysis for sympathy, Nellie proved the perfect foil to Laura. If Nellie existed on TV today she'd be the one ridiculing the 115-pound girl and calling her fat, leading to the gal developing a dangerous eating disorder.
Willie Oleson displayed moments of humanity, despite having the characteristics of the bumbling, dim-witted henchmen on the old Batman shows. In one episode, the kindly, caring teacher, Miss Beadle, sends the children home early on Christmas Eve. Unfortunately, a snowstorm blows through the prairie - and over the mountains, I guess - trapping many of the kids. The school turns into a triage center. Children die. A devastated Miss Beadle weeps, blaming herself, as do some townsfolk. The normally delinquent Willie consoles the teacher and strokes her hair.

Little House dealt head-on with numerous tragedies, whether it was that epic snowstorm, the Ingalls' baby boy dying, or Albert's descent into morphine addiction and subsequent sickness (he didn't actually die on the show but it's implied he's well on his way). One of the sadder storylines involved oldest sister Mary's blindness. Who can forget when she told Charles and the doctor (she went to the eye doctor in Mankato - so did I! Another connection), "I can see," when really she couldn't? She gets sent to a school for the blind, where she eventually thrives and has a son. But following through on the apparent anti-baby theme that permeated Little House, the baby boy dies in a horrific fire at the school, set by Albert and a buddy who were smoking. Alice Garvey - wife of football-star-turned-burly-actor Merlin Olsen - dies with the kid, despite smashing windows while clutching the child. These types of scenes resonate with an 8-year-old latch key kid when he watches them at 4 in the afternoon.

One of my favorite episodes involved the first "human forward pass." Albert's football team battles a squad sporting a big, dumb doofus who dominates the field. An unpopular, struggling blind boy plays for Albert's team. In the final scene, Albert steps on the kid's hand as he propels Albert over the angry ogre - Walter Payton-like - for the winning touchdown. Even in the 1800s the play was probably illegal, but it showed a genius and creativity not seen again on a field until Bill Walsh took over in San Francisco.

The show ended in explosive fashion. It's sort of a convoluted storyline, but the bottom line is a greedy tycoon owns the land Walnut Grove sits on and is going to take it over, by force or otherwise. The townsfolk - who have battled everything from Jesse James to typhus - refuse to go away quietly. That Minnesota spirit - and knowledge of illegal explosives - shines through. So everyone places dynamite in each building, blowing everything up as the land grabber looks on in horror.

Little House probably held on a few years too long. People moved to Mankato, the Olesons worked in a casino, Laura became a teacher, various adoptees came and went. But it was a good show. And one of the few shows or movies that was better than the books. Just wish they hadn't put Laura on that mountain.
Posted by Shawn Fury at 6:29 PM

I have been through Walnut Grove many tiems and I am always looking for teh mountain - ANY mountain - near the town but I have yet to see one. Maybe she ran to the big(?) hill near the softball fields a few miles from town. That is the only thing I can think of. My question is why did they always go to Mankato when Marshall was much closer?

They went to Mankato so they could go to the River Hills Mall.

Surprised Charles didn't work at Schwan's. He worked in pretty much every other job in southern Minnesota.

I don't think they had the delivery service in those days, otherwise I am sure he would have. And back then it probably would been shopping at Madison East Mall...

Even the hill Laura runs up during the beginning of the show is higher than anything around SW MN. Maybe they were frolicking around at the Ocheyedan Mound for those shots..

Jerry, maybe Marshall was a badass town back in the day and Mankato was much safer. Not as many hooligans. Just kidding.

Maybe she ran all the way to bluff country - Winona, MN! ;)

Yeah, Winona is like the only thing they could offer up as a possible defense (and my wife knows those hills well as she slid down one last year and hurt her foot). Of course then Little House would have to explain how Laura walked by herself to frickin' Winona. Maybe she hitchhiked on a covered wagon.